skip to main | skip to sidebar

To make up for the rush trip to Legoland three years ago, we brought Sarah to the place again in December last year; this time, we decided to only visit the theme park. Along the journey, we stopped by at Malacca Zoo since we have never been there. 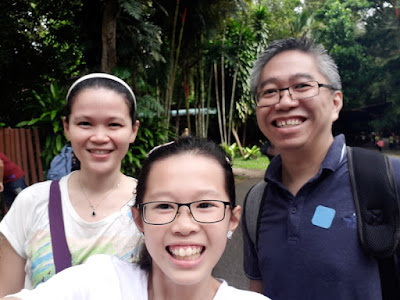 The zoo was modest in size but with a minimal charge, the animals looked fairly okay to me. That morning, we spent a few good hours in the zoo strolling around every corner while Sarah enjoyed her first elephants-feeding experience.

Second day was the highlight as we spent the whole day at Legoland Theme Park. The weather was extremely kind to us and with lesser crowd too, surprisingly.

That was the first time Sarah rode on a (mini version of) roller coaster – the Dragon’s Apprentice. Although it was a short ride but the “drop” was huge as we both were screaming our lungs out; she showed no hesitation at all when we asked her to ride second times. Salute for her braveness!

We also tried out some other rides and took our time to explore the park; too bad the Sea Life was still under construction, and the Dino Island closed for maintenance.

But for us, the Ninjago live stage show was well presented. The show featured 3D computer animation with special 4D effects of wind, water and fog. It’s pretty mesmerising, a simply must-see!

It was enjoyable to revisiting Legoland; and for Sarah, she’s definitely spent the day to the fullest! 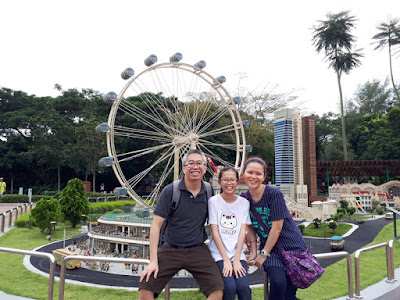 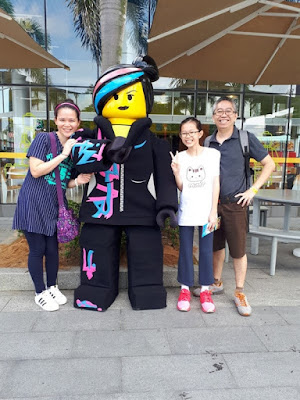 Posted by Sarah's Daddy and Mommy at 8:02 PM No comments:

As mentioned previously, Sarah would be placed into a so-called “Elite Class” at Standard Five. We all worried that she might face tough time in surviving among the “elites” but amazingly, Sarah fit in well and even get invited to friends’ birthday party throughout the year! And they enjoyed school trip together too. We felt so relief that she’s welcomed by her “new” classmates and teachers. 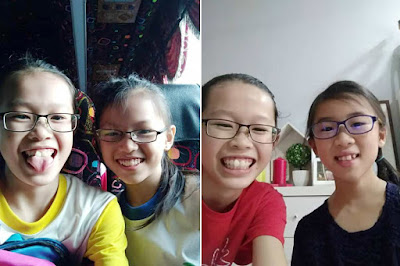 Jobs, Competitions & Awards
Sarah kept her librarian job and was elected as president in her co-curricular clubs last year. Moreover, she was one of those who awarded with the title “polite little angels”.

Besides the inter-school English story-telling competition, she also represented her school for BM Syarahan. It was her first and she’s thrilled to land a consolation prize.

Speaking of speech, Sarah was lucky to be offered a three-month scholarship at an enrichment center to further enhance her oratorical skill; for that we have to thanks her English teacher for the recommendation.

Another surprise was she won herself a ninth-place finish in the school marathon competition. Sarah told me maybe she has used the right tactic in completing the run. It’s good to train her stamina and she’s looking forward for the next year’s run.

Save for the aforementioned, she also won some prizes in various speech competitions and other contest.

But the real shocker was Sarah being named the 2018 Standard-5 Model Student! And we know this honor holds special meaning for her personally.

We were already grateful of the nomination as a candidate by her form-teacher despite Sarah being a “newbie” in the class. So you can imagine our shock when the final result was announced during Children’s Day, without any prior notice. She was totally numb when called to the stage to receive the award. 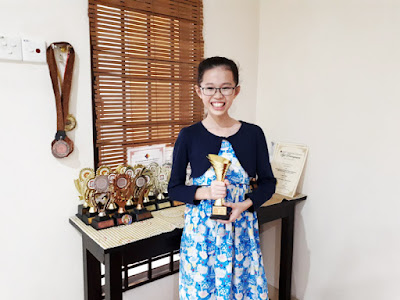 What a fruitful and fortunate year for Sarah!

We thought of terminate her dancing class due to tight schedule and also changed of training venue; it really drain her every Wednesday after whole day at school.

Sarah felt heavy heart to quit the dancing class; she’s really into it as she has shows so much passion. We felt bad too for the decision but finally we’ve relented and let her stays. We were thankful that she’s able to cope between her studies and at the same time pursuing her interest. 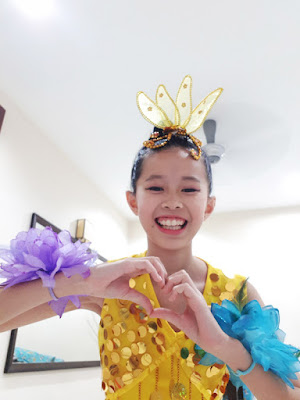 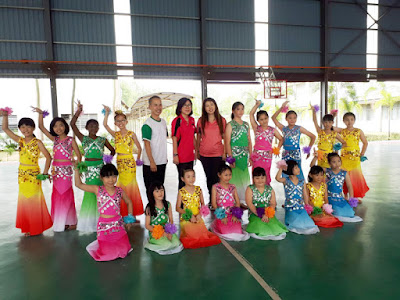 Parents-Teachers Day
There was no one-to-one meeting with the class teacher. The teacher held a town hall session with parents and then we went home with the report card. I like the system, very efficient.

Academically, Sarah was doing well in the first half but shown some drop in the second term…buck up, girl! Just try your best and you have our backs. 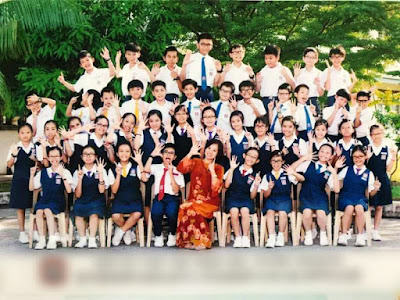 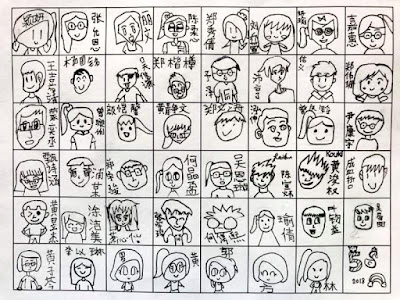 Posted by Sarah's Daddy and Mommy at 6:41 PM No comments:

It was yet another simple birthday celebration for our one-and-only Sarah. Just like previously, we tried to make the day memorable by putting on some decorations, serving yummy foods and spending time with families’ member.

There is so much fun and laughter; no wonder September will always be Sarah’s favorite month. 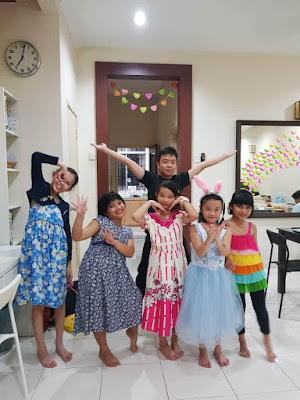 This year, we did not travel far for our annual families’ trip; we spent 2D1N at the Felda Residence Hot Springs. It was a location we planned to visit all the while but fail to materialise due to accommodation.

The place is located deep in the rural area of Sungkai, Perak. The resort is basically surrounded by palm tree estates; and we could hear the noise of crickets through the night, along with the amazing starry sky.

The kids were attracted by the open swimming pool with water slides, and various hot springs of different heats and sizes. There is even a hot spring where you can boil eggs. Most of us get sunburnt but yet it was…fun!

We stopped at Lata Kinjang Waterfall the following day before headed home. This is one of the highest waterfalls in Peninsular Malaysia. It was really an eye opener for the children to see the huge and beautiful waterfall.

The kids were enjoying catching fish and playing in the crystal clear water.

Overall, our 10th families’ vacation is both fun and affordable. Another year, another “cuti-cuti Malaysia”. 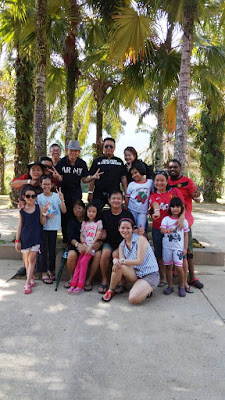 It’s been a while since I made my last post here; had the thought of “abandon” the blog but thinking it has served a lot of sentimental and memories posts, I’ll better keep carry on at the moment…


Port Dickson 2017
Besides Hong Kong, we had a brief stay at Port Dickson last year. We went to the same hotel as per our 2012 visit, but sorry to say it was a let down this time.

The hotel room was dusty and their services were only so-so. We were saddened to see the beach was scattered with rubbish, and packed with tourists. It was hard to find a safe spot for us to enjoy the beach as Jet Ski vendor were touting their service and parked around the shore. 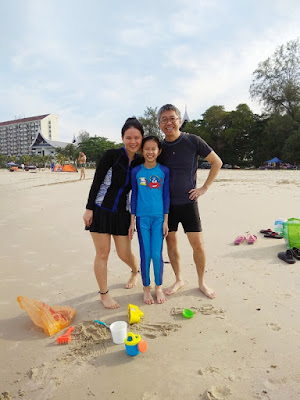 The hotel pool was not bad though. Less crowd and we end up spent most of our time there. 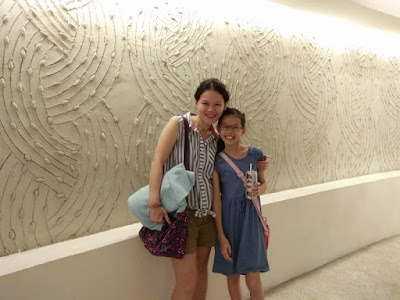 Sleepover
During the last term holiday of 2017, Sarah spent some fabulous time with her cousins. It was also the first time her cousin sisters had a sleepover at our house. Sarah was happily sharing her bed with them; she took good care of them by keeping them entertained with games, stories and toys. 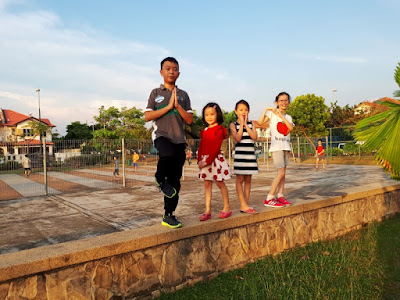 The Christmas tree decorating was more fun and easier with the help of four kids. 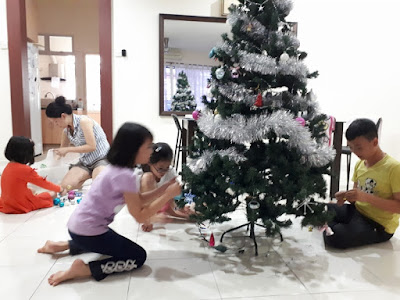 The sleepover was great. Everyone had a jolly good time. 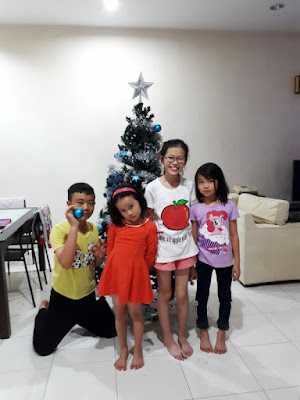 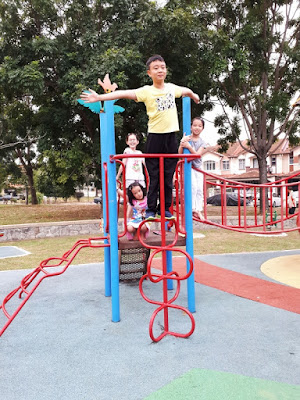 Sarah's Daddy and Mommy
I'm a SAHM of a cute but notty girl. I am called "mommy" or "dear" so much one of these days. I think I'm going to forget my own name. I blog about my daily life with my little girl, funny things my girl does and anything that comes to mind.